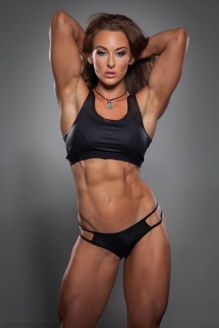 To answer this question we have to identify what bodybuilding is. The definition of bodybuilding is: a sport involving strenuous physical exercise in order to strengthen and enlarge the muscles of the body.

But is that really all there is to it? There are so many misconceptions surrounding bodybuilding and its practitioners.

So, in order to further understand what it is and its’ purpose, let’s talk about what it is not.

Bodybuilding is not a cover for insecurity, it is not using steroids. It is not getting on stage in underwear to be judged by strangers.

It is not an excuse to be arrogant It is not the ideal of what everyone should look like. It is not depriving yourself of valuable life experiences.

What is at the core of it, and why has it become so popular all around the world? I’m glad you asked, but to understand the true core of bodybuilding you’re going to have to come on a little journey with me.

My Introduction to Bodybuilding

I’ll never forget my first time stepping into a gym. I was 15 going on 16 years old.

It was the summer before freshman year and it was required that all the football players start working out.

I embraced it though, and was really excited to build a little muscle. I was naturally very tall and slim, basically I had the same build as slenderman lol.

If I had to guess I was around 6’3” 175 pounds when I started training. That first day in the gym was rough, and I fell in love with it instantly.

Lifting weights, sweating, pushing myself, and getting that endorphin rush hooked me.

The next day I was so sore I could barely lift the remote control for the TV, and I even loved that.

It made me feel like a warrior, fresh off the battlefield. I worked out almost every day that summer, and was thrilled with every ounce of muscle and strength I gained, although it wasn’t anything to write home about.

Once the football season had started, it became clear that I had gotten stronger and faster, and I earned myself a starting position, even though I had missed the previous three seasons due to an allergic reaction.

The girls also took notice, and started giving me compliments on my body. Keep in mind that I already loved exercise for its own sake, but now I had more motivation than ever!

I trained even harder, but after a few months I realized I wasn’t progressing as quickly as I wanted, so I started researching how to get bigger.

After what seemed like a few hundred hours of reading, I had come to the conclusion that I needed to eat more.

Up until then I ate a standard two to three meals a day, so the following summer I decided to train my butt on, not off since I wanted to gain weight.

See what I did there? Anyway I gave myself a mantra, though I didn’t think of it like that at the time. It was this, extreme results call for extreme measures.

Though I didn’t realize it at the time, this helped me change my mindset. I started eating six meals a day, and taking weight gainer.

That summer I gained 25 pounds of muscle. It was like a miracle, I couldn’t believe it!

Before I continue, I’d like to stress that I did this completely naturally, and that it was only possible because I was a beginner, and up until that point I had been undereating.

My confidence shot through the roof, and although I didn’t realize it at the time, I became arrogant.

I was getting attention from all the girls, guys were treating me differently, and I had done it all on my own, at least that’s how I saw it at the time.

I felt invincible, and with the constant instability in my life, bouncing around from state to state, and home to home, bodybuilding became my rock.

It became the source of my confidence, the place I belonged in the world. Even more than that, it became my identity.

Now keep in mind that I started training in 2002, before the Hollywood super-hero movies were coming out every year.

So I didn’t know that girls liked guys with muscles until after I started training and getting extra attention.

With my father being absent, my mother having passed on, and me bouncing from home to home you can imagine that I wasn’t used to receiving positive attention, so once I made the connection that being muscular would get me attention there was no stopping me!

It’s mind blowing when I think about all the adulation I received just because of my physique.

Not that there’s anything wrong with it, I just didn’t personally know how to handle it. I had struggled with a lack of self-confidence for years, and bodybuilding allowed me to step into my power.

If you’ve ever felt disempowered and then found something that made you feel completely powerful, you know what I’m talking about.

So that was the positive side of things, however there are two sides to everything. All the attention I received, solely predicated on my physical appearance, started to affect me after a while.

I became entitled, and there were times when I treated people differently because of it. People saw me as this big strong person that had it all together, which was so far from the truth, but the problem was that I eventually began to believe them.

I started believing my own hype so to speak. In truth, I was just a scared kid who had no family, and wanted desperately to belong.

From 2010-2012 bodybuilding and my physical appearance in general took a back seat to things like meditation, learning about the mind, and different spiritual leaders throughout time.

I became much more interested in the mind than the body, and so I didn’t have the desire to eat in a strict way, or train hard, or often.

In 2013, I began to fall in love with bodybuilding again, once I realized I could attain a meditative focus while training.

I began training harder, and more frequently, and once again, built myself up to be very muscular.

As you can imagine, the compliments started rolling in again, only now it was different. When someone would give me a compliment I would be grateful, but I wouldn’t take it personally. I wouldn’t identify with it.

So to go back to the title of this article. Is bodybuilding just for vanity? The answer is a resounding no!

Bodybuilding is an art form. It is a process of self-discovery. It is an intimate relationship between the mind and the body.

It builds mental strength. It gives many who are lost a place to belong. I had started weight training for football and vanity, I ended up with so much more.

Bodybuilding taught me self-discipline, and gave me a place to belong. Throughout the years, I’ve seen many people train for a few weeks, months or even years, and then quit or be inconsistent.

Many of them were training for vanity reasons only, whether it is to be more appealing to the opposite sex, to stop getting picked on, or anything in between, these external motivators tend to fade out.

If you’re in it for the long haul, make your primary goals things like having more energy, being strong, healthy, and having great balance and flexibility, and eventually even deeper goals, like cultivating self-love, and improving your mind-body connection.

I know personally, if I hadn’t fallen in love with weight training in the beginning, and if I hadn’t learned how to eat healthy, but in a balanced manner that allows me to indulge if and when I choose to, I wouldn’t have been able to stay consistent throughout the past 16 years, and even I lost sight of that internal motivation for a while.

This is the power of having internal motivation. There is nothing wrong with being motivated by something external in the beginning, most of us are.

However, if you want to be healthy and fit 20 or even 40 years down the line you will have to have the deeper motivation that only comes from within.

What I would suggest to you, is that you grab a pen and paper, and figure out why you’re working out and eating healthy.

Don’t feel bad if you’re initially motivated by vanity or reputation, it’s okay. Simply try to find a few deeper reasons why you could be motivated.

For example: self-love, more confidence, more energy, less likelihood of injury, etc. Next, explore all the different avenues of exercise and diet.

Figure out how you can make living a healthy lifestyle palatable for you. Make the process enjoyable so that you can fall in love with it.

When you find exercising and healthy eating enjoyable, it’s no longer a chore, which makes it seem effortless.

Well my friend, we’ve come to the end of our journey. To wrap things up I’ll leave you with this. Bodybuilding at its core, is self-love, it is creative self-expression of the highest degree. Much love!

About The Vegan Adonis

I'm a personal trainer certified by the National Academy of Sports Medicine, a plant-based eater, natural bodybuilder, and part time model, but more importantly a father, brother, friend, and spirit junkie (meditation, yoga, tree hugging, the works lol). I have always had a deep reverence for humanity, and as the years go by, I have become more and more consumed with a passion to help people in whatever way I am able to.

View all posts by The Vegan Adonis →

3 thoughts on “Is Bodybuilding Just For Vanity?”